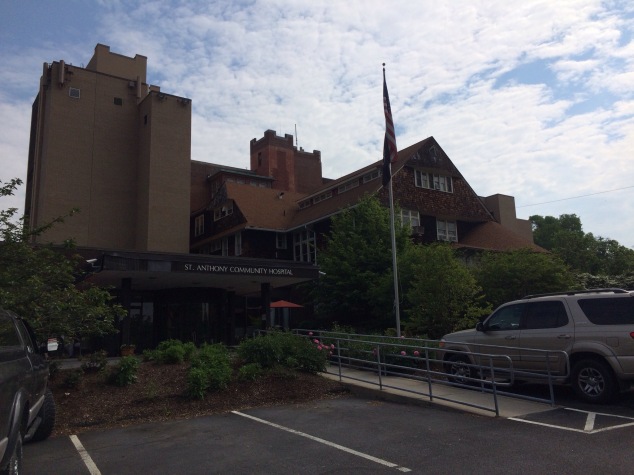 Today is Paul’s last day in New York.  Since my last post was from when Paul entered the state, I’ll try to catch you up on The last 10 days or so.  New York is where we both experienced some of our happiest days on the trail and some of our lowest.  So let me go back in fill you in.

When I last wrote,  I was returning from a great weekend celebrating my nephew’s graduation.  My journey back was a nightmare.  I sat next to a guy who was drinking vodka out of his Yeti tumbler.  Luckily for me Mario was a happy drunk and not a weepy or angry drunk.  Unfortunately for me, Mario wanted to talk.  His vodka breath was so bad that it gave me a migraine.  He also kept trying to put his earbuds in my ears to listen to his music.  I finally told him he had to stop talking and it would be in everyone’s best interest if he took a nap.  Thankfully he did.

Once we landed I discovered that my ride confused my arrival time and was going to be two hours late.  Great.  When she did pick me up I found out quickly that she is a rabid fan of a political candidate that I can’t stand.  She had even campaigned for this candidate in other states.  I told her that we had not turned on the TV for 2 months and I loved not being subjected to all of the political mudslinging.  I asked her to change subjects and tell me about the history of the area we were driving through.  She somehow turned that political too.  Everything wrong in the area was the fault of the other political party.  When I finally got back to the RV I just wanted to crawl under the covers.

That’s when I noticed that Paul didn’t seem himself.  I’d only been gone a few days, but something was wrong.  Paul told me then that he had been struggling with an injury and was concerned that it could mean the end of his hike.  That’s when my day just seemed a little annoying compared to what could be a dream killer.

The next day we went to an Urgent Care in Goshen, NY.  Dr. O’Connor confirmed what Paul was afraid of…he has a hernia.  Paul had one 20+ years ago so he knew he was susceptible.  Dr. O’Connor suggested that Paul get a CT scan to determine the degree of the damage.  Hernias don’t get better over time.  They have to be surgically repaired. If any of the intestine or bowel is involved you run the risk of it strangulating and that can be life threatening. The recovery from surgery is about two months to get back to normal activity.  No telling how long it would take to get back to doing this kind of strenuous exercise.  Amazingly we were able to get the CT scan scheduled within 3 days.

Those had to be the longest three days to Paul.  We went to St. Anthony’s in Warwick, NY.  The locals call it “St. Agony’s”, but we found them to be very professional and friendly.  That day we learned that the tear is very small and there is no intestine involved.  After consulting with two doctors (thank you, Anne) and weighing the risks, we’ve decided to continue.  Paul got some supportive/protective gear so he feels good about this.  We’ve tried to lighten his load.  And he is being conscientious about using proper  lifting techniques.  He is paying close attention to his body and if things change we may have to take care of this sooner than later.  But for now we are going on.

By this point in the trail I’d say the majority of the hikers have had to contend with illness or injury.  We’ve even met one who took a month off and came back.  Sometimes you don’t quit as much as you get taken out.  It’s a testament to how hard this is.  That’s why some folks call this the “Appalachian Trial”.

But we are back.  I’ll have more posts about what we’ve seen and done in New York.  I’m off to go take a picture of Paul crossing the New York/Connecticut state line.

3 thoughts on “Ups and downs on and off the trail”